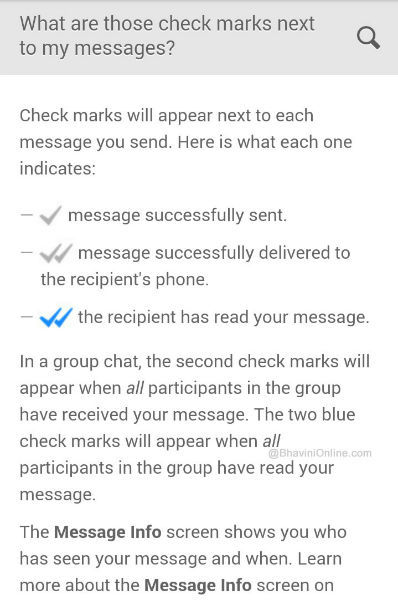 WhatsApp, the social messaging smartphone app, has issued an update introducing a feature that many users have been asking for since its launch. The chat service has finally introduced a new notification which displays a blue tick next to a private message once it’s been read. It’s a feature many users have wanted for years,