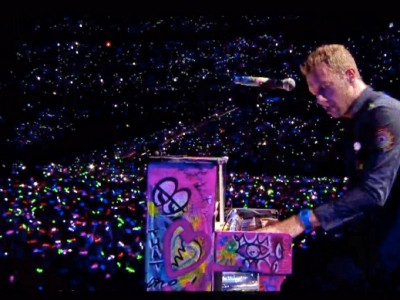 On Nov. 5 the British rock band Coldplay released an official live music video for their song “Paradise” to support the release of their upcoming concert film, “Live 2012”. The live performance video of “Paradise” is taken straight from “Live 2012” so the video gives fans a sense of what the DVD will entail. Coldplay’s