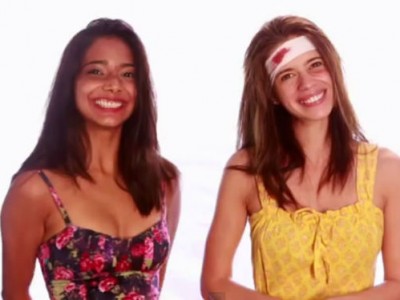 A group of stand-up comedians known as ‘AIB’ has come up with a satirical video in the wake of recent sexual assault cases in India. The group consists of Tanmay Bhat, Gursimran Khamba, Rohan Joshi and Ashish Shakya. Bollywood actress Kalki Koechlin and VJ Juhi Pandey have featured in the video. The campaign is called